We all need social interaction, but in the digital age, research suggests that many people live largely isolated lives. Belong aims to fulfill this need by making it easy for people of similar interests to attend events together. However, with the current app, data shows that on average only 20% of people who say they’re going to an event end up attending.

I aimed to see which features needed to be included or withheld in order to increase the conversion of accepted invites to event attendees. Features that I tested included add to calendar, share with friends, seeing who is attending, and receiving emails.

‍I was the product designer on this project and had weekly checkins for design feedback and critique with Salvador Perez Figueroa (Senior Designer, LVL) and feedback from Taylor Schultz in the wireframe phase.

I had a limited amount of time for this sprint, so I used quick but effective research methods starting with a competitive analysis and then moving to user surveys.

In the surveys, participants expressed a few main factors that influenced their decisions to attend events:

Here are some quotes of participants explaining why they might not attend an event:

“ I was with friends and we went [to a] couple of events together. It was nice to have familiar faces with you, as well as meeting new people independently later.”

“Mood swings are real. Sometimes you agree to something, but later you don't feel like going anymore, especially when there's nobody to hold you accountable.”

“[I] wasn't too excited about the event anymore; couldn't see a reason to attend the event, as in how would it benefit me?”

Based on user findings, I drew a user flow that emphasized features I thought might encourage users to: 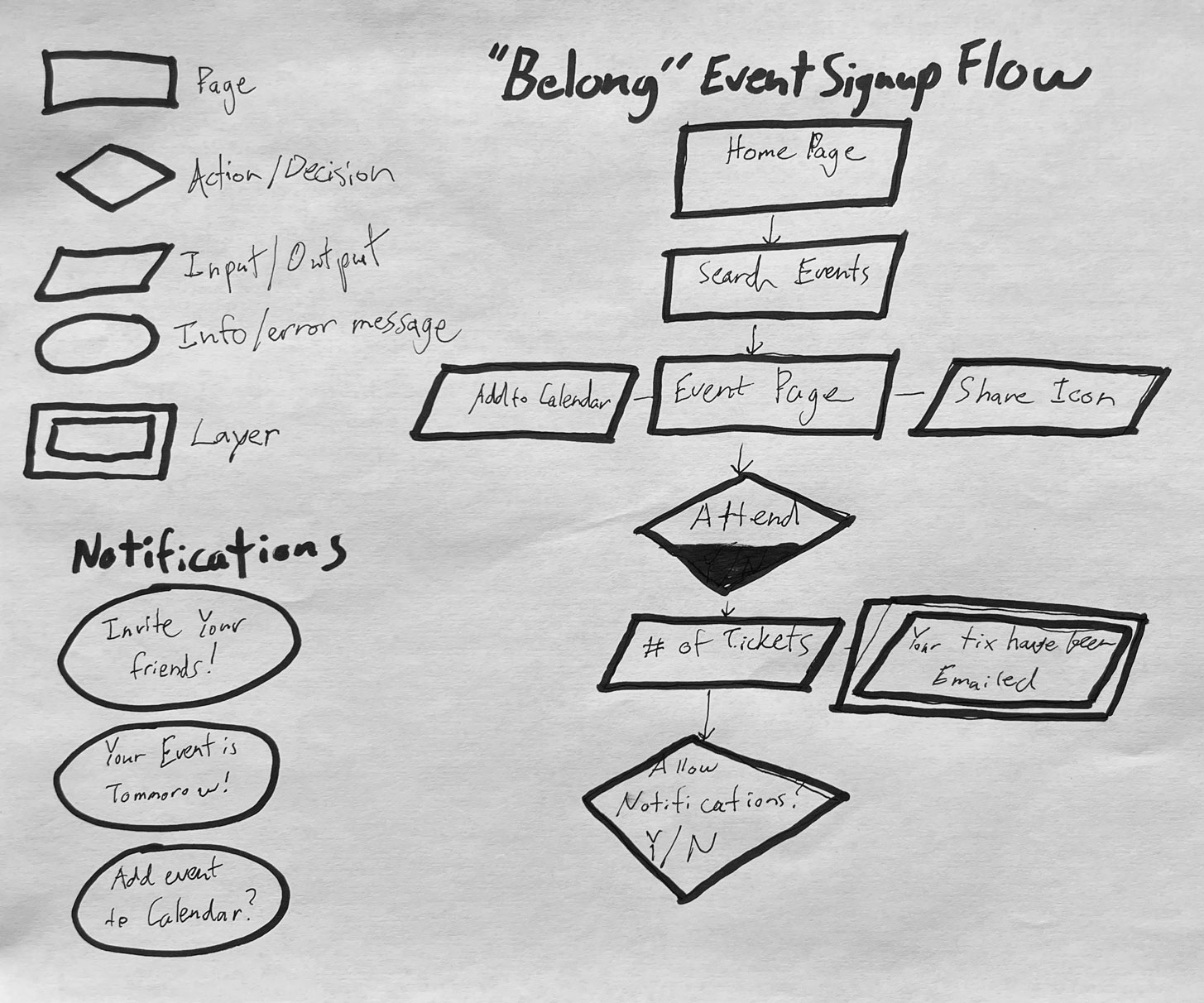 I created low-fidelity wireframes and created a prototype in Figma based on the event signup user flow. At this stage, I added a few features such as: 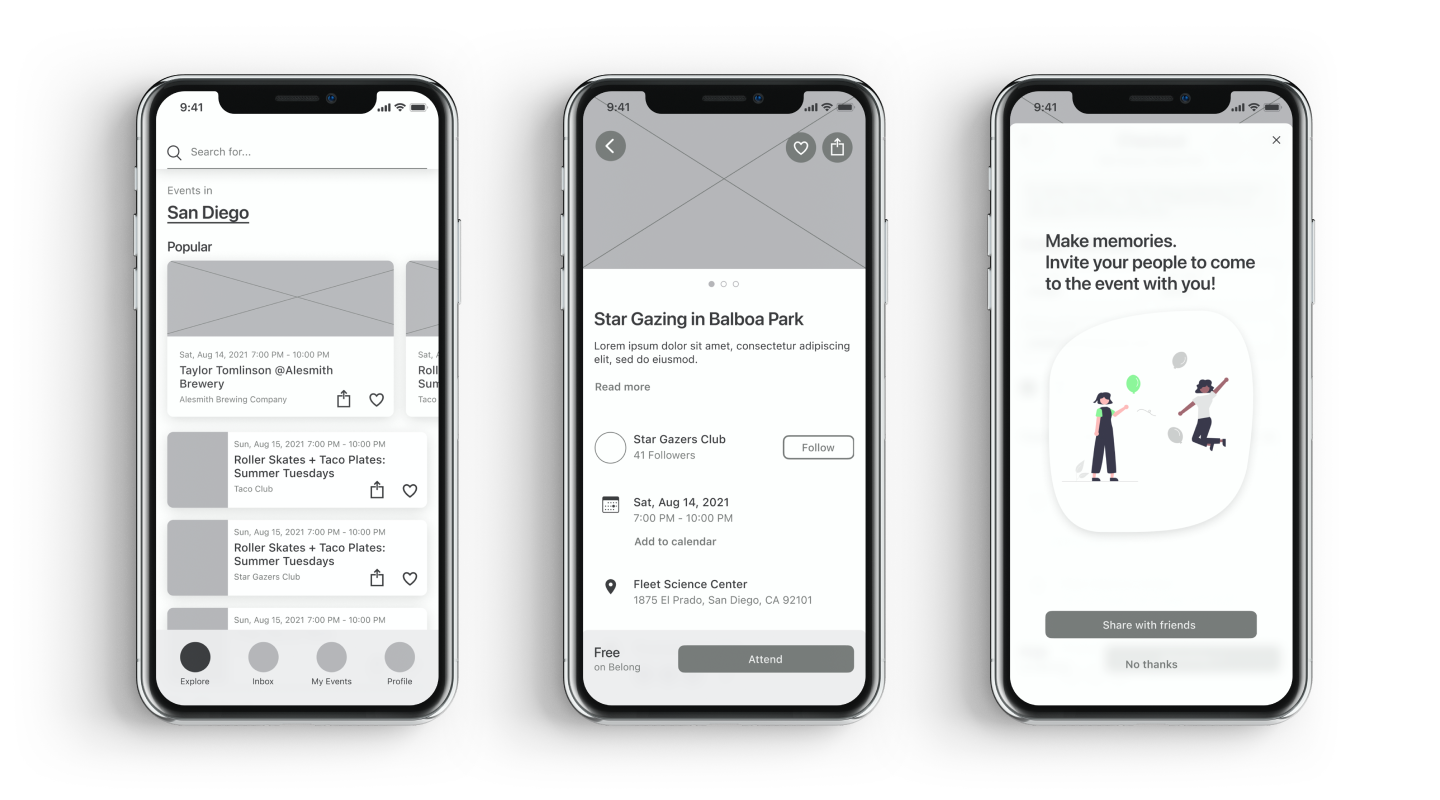 After testing the wireframes with 5 participants, heres what I found:

Based on overwhelming feedback from participants in the first round of usability testing, I dedicated a page to add to calendar after the checkout process. 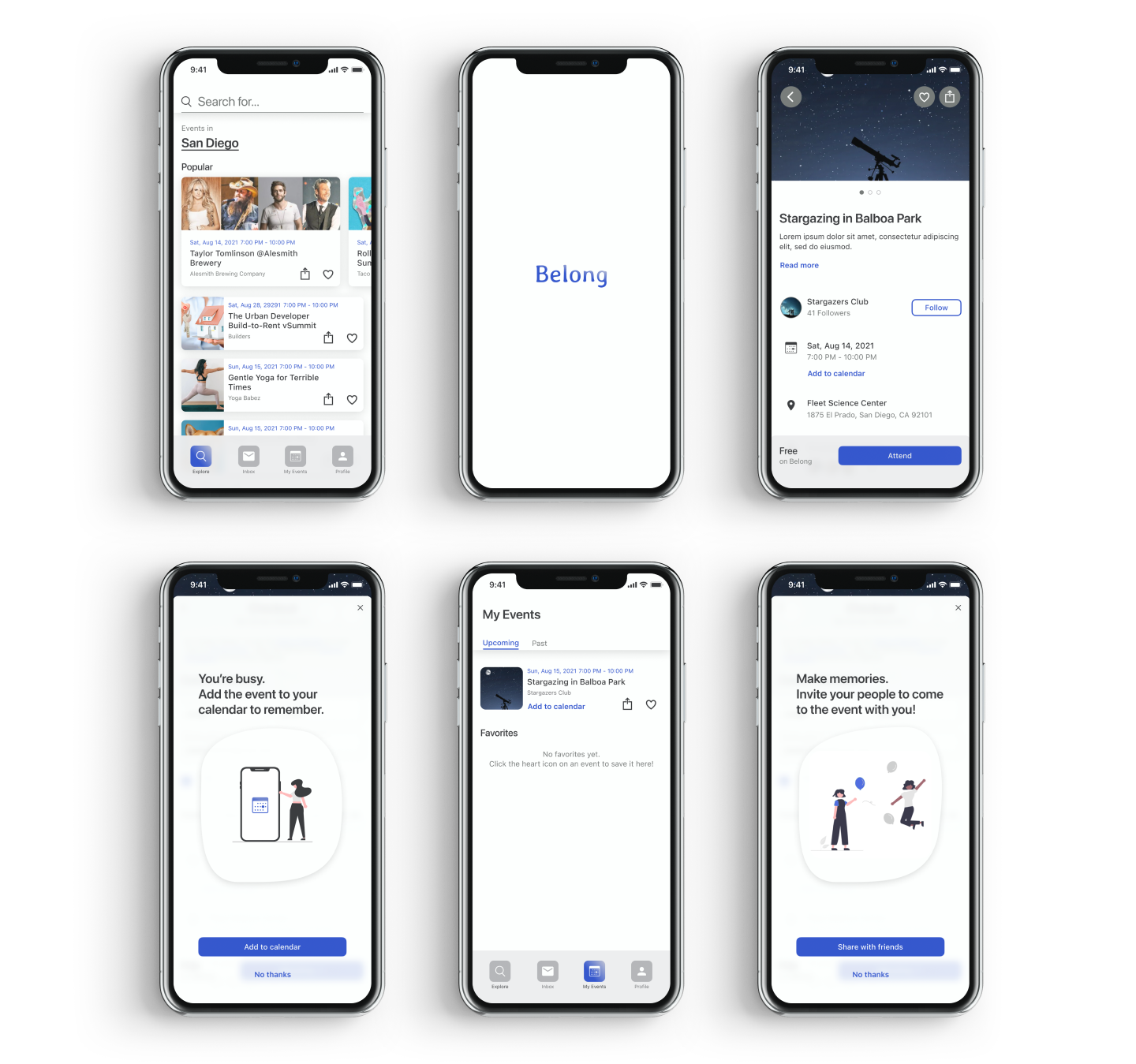 High Fidelity Mockup screens, including 'add to calendar' and 'share with friends'.

Users that planned to go to the event with friends shared it before checking out, and those who were okay with going alone utilized the share with friends feature after the checkout process.

A few participant quotes from both rounds of testing:

“I’d rather put it on my calendar - I don’t want other notifications” -Kayla
‍
“Unless it’s a brand that I like, I’ll uncheck the receive emails button” -Taylor
‍
“I’m an independent person, so I would have bought my ticket first and then shared” -Renee
‍
“If I know someone else who’s going, I’m more likely to go” -Danny

From user surveys to usability testing, the social connection aspect came up again and again. It became apparent that the biggest cost-effective incentive was for users to attend an event with people they knew.

Final versions of the design include entire pages dedicated to the add to calendar and share with friends features, which testing participants confirmed were useful and would make them more likely to attend.

Another idea I have is to gamify the app. For instance, every event that users attend would rank them higher in a pool of event attendees. I don’t know how well this approach would work, but it seems like a viable incentive program that would also be cost-effective.